June is here and we’re a just a few measly weeks from the release of Rocksteady and WB Games closing chapter in the Arkham saga: Batman: Arkham Knight. Over the past year to keep my mind off of the constant delays this game has undergone in the road to becoming the best possible product it can be, I’ve looked at a lot of Batman games going all the way back to the 8-Bit era and found there was a lot of duds I didn’t know about, but also some really great games starring the Dark Knight that don’t have the words “Arkham” in the title at all. I’ve done top ten lists before where I’ve put things in no particular order, but today I’m changing things up a little and ranking the ten best non-Arkham Batman games. Now like most lists of this sort this is my own opinion so feel free to chime in on if you think a game should be on the list, if one should be higher, or if you think there isn’t any good non-Arkham Batman games at all. With that out-of-the-way, let’s start off with 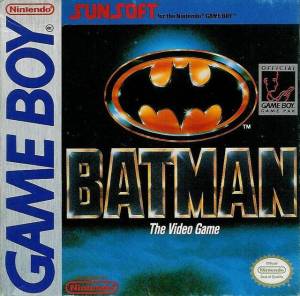 I played a lot of Sunsoft Batman games, some you’ll see further down this list, and of the ones I thought would make it on this list, I didn’t think it would be this one. Batman: The Video Game was a pleasant surprise to me because at a quick glance, it doesn’t look like much: The character of Batman looks like a kid in a Batman costume, and his weapon of choice is shooting people, which is something very un-Batman like. If you can get past those things though, you’ll find a pretty short, yet really fun portable Batman game with tight controls, good level design and a nice change of pace stage where you get to fly the Bat-Wing.

At a time when Sega was running full steam with the Genesis and Nintendo was putting their best teams on their 16-BIT SNES console, Konami was under no obligation to keep supporting the outdated NES with great games, and yet they did. Batman Returns on the NES isn’t as good as the game by the same name on the SNES, but that doesn’t mean it’s not a solid beat-em-up in its own right and despite being on the NES, it captures the world of the Tim Burton film really well, even better than the sub-par Sega Genesis title. Returns is a very challenging game, but with a fair password system and a soundtrack that will put you in the mood to take down some Red Triangle Circus Gang members, it will never become unfair, or even better yet, unfun.

When people think of Ubisoft’s tenure with the Batman license, they normally think of the prequel to this game, Batman: Vengeance, and while that game may be a bit more ambitious with its grab bag of gameplay types, it’s Sin Tzu that holds up better to me with its simple, more focused beat-em-up style. The combos are simple and easy to learn and unlocking more gadgets and moves as the game goes along helps the game remain fresh and for fans of the extended bat-family, this is one of the few games on this list where you can play as characters like Nightwing, Robin and Batgirl. If you’ve got a friend and the hardware still kicking around to play this game, I promise you’ll have a great time cleaning up the streets with Batman and family. 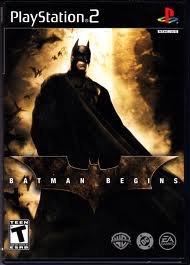 Christopher Nolan’s take on Batman is perhaps one of the most iconic and publically beloved thanks to the second chapter in the trilogy, The Dark Knight, which showed how impressive and important comic book films can be. Despite that though, there was only ever one major game released based on the trilogy, not for a lack of trying on EA’s part. Luckily for us though it’s an early example of how fun a 3-D Batman game can be. Begins is little more than a Splinter Cell clone with a Batman skin, but when you think about how apt a stealth game is to the character of Batman, you never really mind that much. Using your arsenal of gadgets and the environment to terrify enemies into submission is a great gameplay mechanic, however it can also be a bit of a let down when you realize just how much the game holds your hand in getting from one situation to another, and when forced to actually go hand to hand with an enemy, well, this game is no Arkham. Gripes aside though, the base game is still a lot of fun, the cast from the film is hear in full and definitely not phoning in their lines, the graphics and use of clips from the film are excellent and this game features one of the most fun Batmobiles to drive around in to date.

6) BATMAN: THE BRAVE AND THE BOLD (NINTENDO DS) 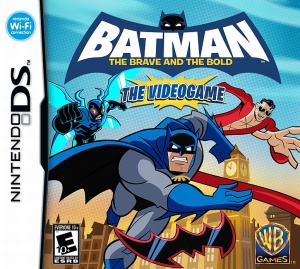 Just because Batman was now a darker, teen rated video game property thanks to Batman: Arkham Asylum, didn’t mean there still wasn’t room for a family friendly take on the character, which is what WB Games and the fine folks at WayForward proved in 2010 with Batman: The Brave and the Bold. This version of the game may have been looked over in favour of the Wii version, but it’s the DS game that trumps its older sibling in the console in nearly every single way, save production value. TBATB on the Wii is a fun, simplistic 2-D beat-em-up that lacks any type of real challenge for the older crowd and while still fun, it can get tedious in long play sessions; The game on the DS is another story. The DS version of TBATB is a love letter to games from the 8 and 16-Bit era with gorgeous sprite work, more diverse gameplay, and better uses the team-up nature of the show with a better roster of heroes that each have their own unique skills that you need to use to complete the games chapters. This game is still on the easy side, and a little short, but it’s also one of the greatest portable Batman titles to ever be released.

When it came to beat-em-ups and licensed properties in the 90’s, Konami could do no wrong, as evidenced by classics like Batman Returns on the SNES. Returns was one of the many, many games of this type that flooded the market at the time, yet stood toe-to-toe with the greats in the space thanks to a phenomenal soundtrack that did its best in capturing the Danny Elfman score from the film, crisp graphics and game feel that made each attack feel powerful and satisfying. This game also deserves credit for breaking up its gameplay sections with some creative 2-D scrolling sections that change-up your weapon types and tactics, and a Mode-7 heavy Batmobile driving section.

Each of the Lego Batman games are great in their own unique way and all or worth playing, but if I had to choose between one to put on this list, it would have to go to Lego Batman 2: DC Super Heroes. The first Lego Batman game was a little too long and the story or jokes didn’t work quite as well as the other Lego games that came before it and while Lego Batman 3: Beyond Gotham is a huge game with hours and hours of content, not to mention Adam West, it’s a Batman game in name only and really should have been called Lego DC Super Heroes. The second chapter of the trilogy though is a Batman game through and through despite introducing other heroes from the DC pantheon into the title. The plot is still very much focused on Batman and Gotham City and it was not only great to hear a Lego title with full voices, but to get to play around in an open world Gotham City as well. Don’t let the Lego and family friendly vibes fool you, if you’re a Batman fan, you need to play this game.

It says a lot about the quality of a game when you can play it decades after its release for the first time and still fall in love with it, which is what I did when I played Batman: Return of the Joker from Sunsoft last year. Like Sunsoft’s first Batman Game Boy game, this title is also un-Batman like in that he trades in his fists and batarangs from the first Batman movie title for guns and a jet pack, but once again details like that shouldn’t deter you from playing this game. This game is a sequel in character and publisher only as its play style is night and day from Sunsoft’s other Batman game, and while it isn’t as carefully designed as Batman: The Video Game in parts, it’s still a must play for anyone who loves Batman,  or classic 8-Bit action games and I can’t leave break away from this game without talking about the great soundtrack as well. 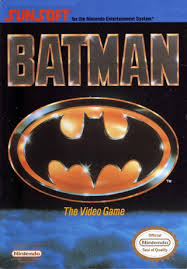 I’ve talked about this game in a full review and in a few features as well, and I really don’t know how much more there is to say about it that I haven’t said before. Though it has little to do with the movie that it’s based on other than the Joker is the last boss and you play as Batman, it doesn’t really matter because the game is just so good. Controls? Awesome. Music? Memorable to this date. Level design? Great. People may detest licensed and movie games, and they would be right to do so a majority of the time, but it’s in games like this when you realize that with the right people, movie games can be something special.

1) THE ADVENTURES OF BATMAN AND ROBIN (SNES)

I’d like to take this time and almost eulogize Konami, because after the Kojima firing, the cancellation of Silent Hills and the euthanizing of P.T, it’s sad to see a company that produced so many amazing games when I was growing up end up like they are today. They say the meteor killed the dinosaurs and I would not be wrong in saying that 3-D was the meteor that killed Konami, for even with the original Metal Gear Solid, Konami was never as strong as they were in the 3-D era compared to when 2-D was all the rage. Which brings me to the game at the top of this list, The Adventures of Batman and Robin, a prime example of Konami at their best. TAOBAR is not just the best non-Arkham Batman game because of its controls, its music inspired from the animated series, the beautiful graphics as well as sprite animation along with its ability to surprise the player level after level, but because of its excellent use of the license. There are a lot of Batman games on this list that are excellent games that feature Batman, but this embraces its source material in a way that not a lot of other non-Arkham Batman games do. Its levels are self-contained episodes, just like the TV series, and use plot lines and action scenes from the show to inspire its boss fights in some great ways, such as the Poison Ivy giant plant fight in the second stage. Licensing will probably prevent this game from ever appearing on a virtual console or download service, but if there was ever a game to seek out a SNES or Retron-5 to play it, it’s this one.