The logistics of making a Marvel Gaming Universe that would be comparable to the intricately woven, interconnected Marvel Cinematic Universe is near impossible due in large part to how video games are made, distributed and sold. If you consider last year’s Marvel Spider-Man for the Sony PlayStation 4 as the start of the MGU, it could very well talk to the upcoming Marvel’s Iron Man VR for it too is a PlayStation 4 exclusive to be used with that consoles VR hardware, but then there’s the case of Marvel Ultimate Alliance 3: The Black Order.  Aside from fact that it’s a Nintendo Switch first-party exclusive, the debut trailer for the game that was aired during The Game Awards late last year shows Green Goblin, a character that is merely teased for upcoming sequels for Insomniac’s game of the year nominated title. It’s highly doubtful that Insomniac would want such a reveal in a game that’s not their own and the style of the character doesn’t exactly watch what was briefly hinted at in Marvel’s Spider-Man also.

In its own unique way though, Marvel Ultimate Alliance 3 does bring together performers from previous Marvel video games like a big Marvel event film, and while past games won’t inform the story of MUA3, it can still be a celebration of Marvel’s video game past in its own right. From the brief footage that has been shown of Marvel Ultimate Alliance 3 – its debut trailer and a Captain Marvel reveal from a Nintendo Direct as of this writing – there are a number of talented performers who you might recognize already from previous Marvel video games. 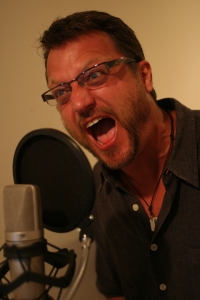 A moment in the debut trailer for Marvel Ultimate Alliance 3 that assuredly made people cheer was when Wolverine shows up, pops his claws and beheads a giant sentinel. The last time the fan favorite X-Men was seen in a console game was 2013’s LEGO Marvel Super Heroes and since then Logan as well as his teammates have been largely absent from Marvel console games, missing out in crossover titles like Disney Infinity, Marvel vs. Capcom: Infinite and even LEGO Marvel Super Heroes 2. Not only was it worth applauding when Wolverine makes his entrance and what his inclusion in the game means, it’s when he utters the lines “I’d like to see you try, scrapheap!” and you recognize the unmistakable voice of one Steve Blum when you get chills. Blum started voicing Wolverine in the Marvel Ultimate Alliance progenitor series X-Men Legends and has more or less been the go-to Wolverine since then, voicing him in X-Men Legends 2, both Activision published Marvel Ultimate Alliance games, X-Men Destiny, Deadpool and LEGO Marvel Super Heroes. Blum is a terrific Wolverine, and you could easily spend hours debating whether he or X-Men: The Animated Series actor Cathal J. Dodd is the definitive take on the character. 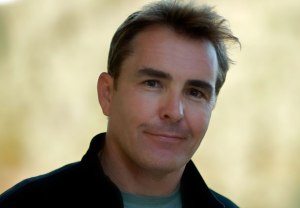 If you’ve played a video game in the past decade and a half, Nolan North needs little introduction as he given life to iconic characters like Nathan Drake from Sony’s Uncharted series among many other roles and can be seen along equally prolific voice actor, Troy Baker, every week on the Retro Replay YouTube Channel.

In terms of Marvel characters, North is synonymous with Deadpool, voicing him in Zen Studios Deadpool pinball table, LEGO Marvel Super Heroes and the first and only Deadpool solo game released in 2013. It remains to be seen if Nolan will once again get to return to the role of Deadpool in Marvel Ultimate Alliance 3, however one character that he will be playing is Rocket from the Guardians of the Galaxy as you can hear in the opening seconds of the game’s debut trailer. This won’t be Nolan North’s first outing with the character as he played the smart mouth, large gun-toting anthropomorphic raccoon in the second and third iterations of Disney Infinity and more recently in 2017’s Guardians of the Galaxy: The Telltale Series. 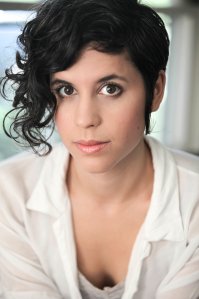 The actress known for the Hey Ash, Watcha Playin’? and Critical Role web-series crossed over big time into video games when she played beloved characters like Chloe in Life is Strange and Aloy in Sony’s Horizon Zero Dawn released in 2017. In the same year that players were introduced to Aloy, Ashly Burch was featured in two Marvel video game productions voicing Chun-Li in Marvel vs. Capcom: Infinite and joining Nolan North in Guardians of the Galaxy: The Telltale Series where she played Nebula. Rocket and Nebula are the only characters from the Guardians of the Galaxy side of things that have clearly voiced lines in the Marvel Ultimate Alliance 3 debut trailer where you can tell, like in the case of Rocket, that Nebula will see the return of a performer who voiced her in the past, in this case, Ashly Burch. 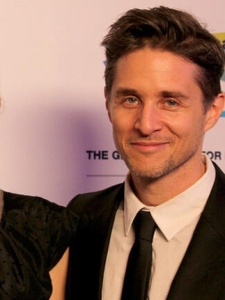 For many growing up now,Yuri Lowenthal will be the voice they hear in their head when reading Spider-Man comics in the same way that ’90’-s kids heard Christopher Daniel Barnes from Spider-Man: The Animated Series. This is of course because Lowenthal played Peter Parker/Spider-Man in the most successful Spider-Man video game to date, last year’s Marvel Spider-Man, for the Sony PlayStation 4. Yuri isn’t a lock like the other characters that have been mentioned as Spider-Man doesn’t speak in the Marvel Ultimate Alliance 3 trailer, but around the 42 second mark the character makes a battle cry that sounds very much like Yuri Lowenthal. As already mentioned, there’s no way that this game and Marvel’s Spider-Man can exist in the same universe, but it would be nonetheless great if Nintendo hired Yuri Lowenthal for the sake of vocal continuity and it would give the Nintendo faithful a chance to hear the actor’s take on the character too. 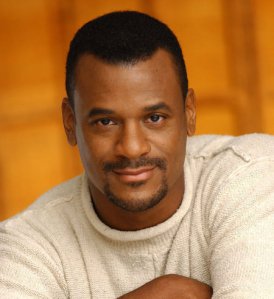 John Eric Bentley had the thankless job of having to do fill-in lines as Nick Fury for the legendary Samuel L. Jackson in games like Iron Man 2 and Disney Infinity 2.0. Bentley has been able to make the role of the S.H.I.E.L.D director his own though, taking over completely as Nick Fury in Disney Infinity 3.0 and prior to that playing the character in LEGO Marvel Super Heroes. In the closing moments of the Marvel Ultimate Alliance 3 trailer, Nick Fury can be seen standing in front of a collection of heroes where he says “If we want to survive this, we do it as a team”, confirming John Eric Bentley’s return as the character.

There are many classic Marvel villains shown in the premiere trailer for Marvel Ultimate Alliance 3 like Green Goblin, Sandman, the towering Sentinel robots, Kingpin, and of course, the titular Black Order, but very few of them speak. One who does is Ultron, voiced by Jim Meskimen, who has been the go-to Ultron for some time now, playing the character in everything from Zen Studios catalog of Marvel Pinball tables, Disney Infinity 3.0, both with and without his partner in universal takeover, Sigma, in Marvel vs. Capcom: Infinite and the Oculus exclusive VR title Marvel Powers United VR. 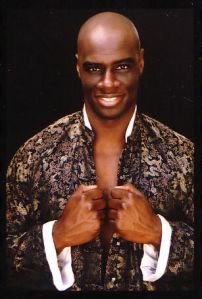 You can’t have The Black Order without their lord and master, Thanos, who now thanks to the Marvel Cinematic Universe is one of the single most popular villains of all time. Like how Jim Meskimen is to Ultron, so too is Isaac C. Singleton Jr. to Thanos who can also be heard in the Marvel Ultimate Alliance 3 trailer. Singleton can similarly be heard voicing the Mad Titan in several Zen Studios pinball tables, LEGO Marvel The Avengers, Marvel Powers United VR and Marvel vs. Capcom: Infinite. About the only game in recent date where Isaac didn’t play Thanos was in Guardians of the Galaxy: The Telltale Series where he was instead played by Jake Hart.

2 thoughts on “MARVEL ULTIMATE ALLIANCE 3: THE MARVEL GAMING UNIVERSE IN TERMS OF PREFORMERS”