Not content with just breaking into Arkham City, the Caped Crusader has once again entered the Guinness Book of World Records. From the twitter account @arkhamcitynews, it was revealed that Batman: Arkham City will be honored in the 2012 Gamers Edition of the publication for the “Most Utterly Evil Supervillians” record. Batman will also grace the cover. 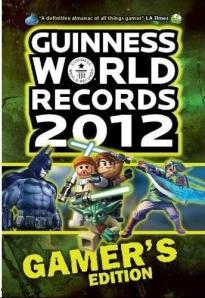 The “Arkham” franchise is no stranger to Guinness. Batman: Arkham City was entered into the hallowed records for best reviewed superhero game. Congratulations to the team at Rocksteady games on this record.