Wow, not long after Kotaku released the article about the troubled development cycle of X-Men: Destiny comes another piece of news about the now controversial game.

As part of the lawsuit Silicon Knights lost against Epic over their use of the Unreal engine, they now must delete the code for any title they developed using that engine, including the code for X-Men: Destiny. On top of that, they now must recall and destroy all unsold copies of that game by December 10th of this year.

Anyone with a mild interest in the game might want to get to their local game store and pick up a copy, because on December 11th the price I’m sure will go nowhere but up.

Did you hear that guys, your brother is gonna be a collector’s item. Oh, come on, don’t be like that! 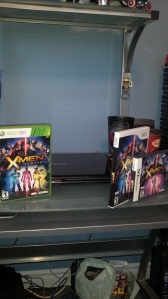