It seems that 2014 will go down as the year of Batman in the video game space. Not only is the “Arkham” series set to conclude in Batman: Arkham Knight, but TT Games officially revealed the existence of Lego Batman 3: Beyond Gotham today, coming to almost every platform available: PC, PS 3/4/Vita, Xbox 360/One as well as the Nintendo Wii U/3DS. 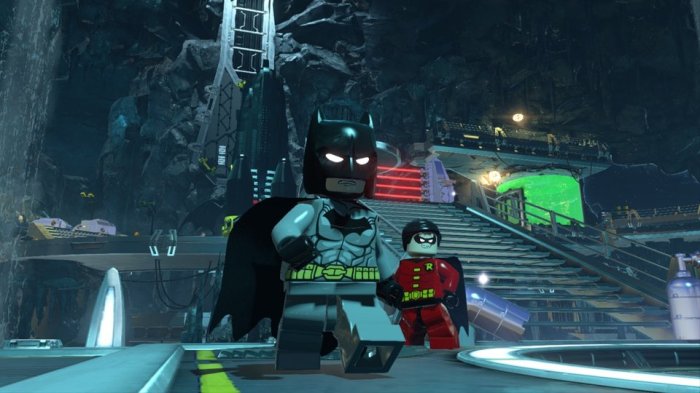 Lego Batman 3 builds upon the teaser during the end credits of Lego Batman 2: DC Super Heroes where Brainiac has his sights set on intergalactic conquest. Initially starting out on the hunt for the Legion of Doom, a villainous version of DC’s Justice League, The Caped Crusader soon realizes that it will take both the combined might of the Justice League and the Legion to combat this new cosmic threat. This of course will also take Batman out of his home town and into some very alien worlds:

A complaint that can be logged against the last Lego Batman outing was that despite having the subtitle “DC Super heroes” the only character outside of Batman and Robin the player interacted with until the very conclusion was Superman. That is definitely not the case here:

“You’re not going to be playing Batman and Robin in every level,” says Parsons. “You’re going to be playing Wonder Woman, Solomon Grundy, Flash. We build them into the character. As you progress through the game and unlock various Batman suits, Robin suits, Joker suits, whatever, you’ve got access to all those cool abilities, and you can go and do all kinds of crazy stuff with them but without having to find suit signals. It just makes for a more dynamic experience. It’s right for this game.” 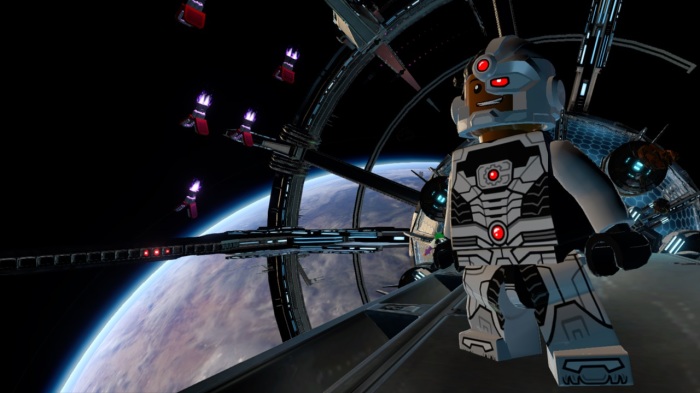 As opposed to the last DC Lego outing where only the Dynamic Duo received a change of wardrobe, other characters will also be donning alternate costumes with new abilities. Other characters will be enhanced by their own natural powers without the need of a clothes swap.  Thankfully for those that don new outfits, costumes can now be selected from a radial menu without having to hunt down wardrobe change stations:

“Wonder Woman has the lasso of truth and an invisible jet, of course,…She’s not the sort of character who has a load of gadgets. So, for her, every different button will do something, but she won’t have this gadget wheel. Someone like Lex Luthor, well he’s known for having access to an array of cool things, so he’s got a decoy suit. He can press a button and a load of Lex Bots will come. He’s got a suit that allows him to become invisible.”

As if the fall wasn’t shaping up exceptionally for comic game fans with Batman: Arkham Knight and Disney Infinity 2.0, throwing Lego Batman 3: Beyond Gotham into the mix is like throwing a cake on top of another cake that already had its cherry placed on its peak.

3 thoughts on “LEGO BATMAN 3: BEYOND GOTHAM COMING THIS FALL”