I spoke in length about why leading up to the release of the first “Arkham” game I remained skeptical, but now I’d like to do something a little more positive and thus more fitting with one of my favorite game series of all time. Here’s my reasons as to why Batman: Arkham Asylum was the right game for exactly the right time:

2008 was a huge year for DC Comics and Batman more specifically with the release of The Dark Knight. Not only was it an excellent super hero/comic book film, but it stood as a cross over picture that drew in more people who may not have been bothered to sit through a movie starring a guy in a bat themed suit fighting a clown. This success, as I mentioned in my previous article, drew both commercial and critical acclaim like no other movie based on a comic property had ever done before.

After the release of the film, people wanted more Batman: more comics, more films and were more open than ever before of the idea of a Batman video game; especially one that featured his most iconic villain, the Joker. EA’s failure to get a Batman game in stores to capitalize on the hype generated by The Dark Knight only increased the desire for a current generation Batman video game. Thinking upon it now, I wonder if the reception for Arkham Asylum would’ve been greater or more apathetic had EA actually delivered on the promise of a Dark Knight video game.

From a pure release standpoint, Asylum launched towards the end of August in 2009 at the cusp of the end of the summer game release drought and the onslaught of the fall season. Two years prior, 2K Games launched their new IP (intellectual property) at the time Bioshock in a similar time frame with astounding results, perhaps proving that players are more willing to try something new when a lack of competition for their attention is available.

For years people had been trying to accurately portray the Batman experience in an interactive medium, and there were some studios that came very close, but no one really crafted the definitive title that screamed “Batman.” The key it seems, to unlocking Batman’s potential in a video game was not marrying the character to a game, but a game to Batman. 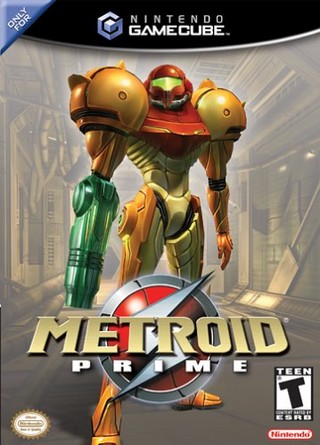 At its core, Arkham Asylum contains three elements: Combat, stealth and exploration. Stealth takes a page from games like Splinter Cell and Metal Gear Solid: stalking enemies from behind, underneath, and even in the rafters to get the jump on them. The asylum and surrounding island are structured almost identically to something from Nintendo’s seminal Metroid series: Secrets, collectibles and progression are locked off until you get just the right gadget to either pull something down, blow it up, or zip over an obstacle. When it’s boiled down to its base elements, Arkham Asylum is a really good Metroid game, substituting stealth and fisticuffs over laser blasters and missiles.

So there’s the exploration, stealth, that leaves…

Early in the PS3/Xbox 360 console life cycle, Ubisoft introduced the world to their Assassin’s Creed franchise, which would go on to be one of their biggest properties and standout IP’s of the generation. It too featured a heavy stealth component, but it also introduced a new fighting system where countering an opponent was just as useful as attacking head on.

Batman: Arkham Asylum’s combat took the best part of Assassin’s Creed simple countering system: waiting for an opponent to strike and then timing correctly, but putting a greater emphasis on offense as well. What made it even better was its simple one attack, one counter button structure that was simple enough for anyone to pick up and play, yet deeply complex for those who put the time in, and even then more so once more wrinkles are thrown into the mix, such as larger enemies or ones with stun batons that have to be leaped over and struck from behind. Best of all is that it made the player feel like Batman: how he moved, how he hit, and it managed to do so with maximum player input.

The mark of any good mechanic is when it starts to show up in other games, like how a lot of games wanted to either be the next Grand Theft Auto or Devil May Cry in the GC/PS2/Xbox original era. Arkham Asylum’s combat has been emulated in other super hero themed games like Captain America: Super Soldier and the Amazing Spider-Man series, as well as Square-Enix’s open world game Sleeping Dogs.

BATMAN’S A DETECTIVE TOO, YA KNOW

There are a lot of Batman games (trust me, I know!,) maybe more so than any other super hero and rivaled only in number by perhaps Marvel’s Spider-Man and X-Men. A lot of games featuring the Dark Knight are heavy on action, or straight up beat-em-ups that are low on puzzle solving, not that there’s anything wrong with that of course, Batman does engage in a lot of fights yes, but he’s also known for being the world’s greatest detective.

Like a lot of Batman games, Arkham Asylum does feature a lot of combat, but it’s also paced with sections of surveying crime scenes and tracking leads as well. Only one other Batman game had tried to implement detective work as gameplay, the poorly executed Batman and Robin for PSOne by Acclaim, so Arkham Asylum can’t get the award for pioneering detective work in a Batman game, but they’re defintely the first to make it fun.

Collectibles in video games go together like peanut butter and chocolate; whether it was the stars all the way back in Super Mario 64, hidden packages in Grant Theft Auto, or the dead drops in inFamous, players always find themselves looking under every nook and cranny for hidden gems and collectibles.

What made the hunt and backtracking through the asylum so much fun in Batman: Arkham Asylum was that the things you gathered told a story: interview tapes further developed the inmates in the asylum and expanded on the plot of the game, while the Chronicles of  Arkham provided insight on the twisted history of the institution and the demented mind of the “Ghost of Amadeus Arkham.”

The Riddler challenges, trophies that have to be gathered and riddles solved in the environment, are almost like an lenghty boss fight that extends from the start of the game through to its conclusion, and probably one of the better ways to implement the Riddler as an opponent in a video game. If you were like me, you didn’t want to end the Joker’s plot until you solved that last riddle, or reached that previously unreachable trophy, and  if you’re  also like me, you loved every minute of it.

Now this is something that I’ve been searching for conclusive evidence on but thus far have been unable to back up with evidence, so you’re going to have to take my word for it.

In Canada, I have no way of knowing if this happened in the United States, but either through a clerical error or through deliberate marketing, Batman: Arkham Asylum had a week one price upon release of $39.99 at Wal-Mart, which was around $20-25 less than most new releases at the time. Other retailers, such as EB Games in Canada, followed suit and similarly dropped the price of the game for a limited time.

Buzz of the game was pretty high due in part to excellent word of mouth on gaming sites and podcasts, as well as review scores in the upper digits from most outlets. The cost of entry on a new IP being exceptionally low compared to other games, especially at a time late in the summer when retail game release are anemic at best, made Batman: Arkham Asylum an enticing investment for either fans of Batman or just great games in general.