How many Assassin’s Creed games are there now, I’ve lost track? 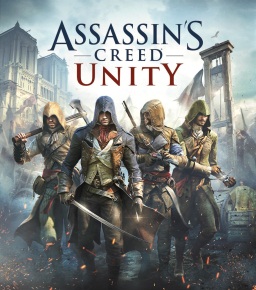 Why pick on Assassin’s Creed when there’s so many other FPS franchises like Halo, Call of Duty and Battlefield that get pumped out on a near annual basis? Because I used to LOVE Assassin’s Creed. After a frustrating “I want to like this but can’t” first entry, I fell in love with Ezio Auditoire and his quest to uncover the conspiracy that robbed his family of life, and though I met it with cynicism upfront, I enjoyed the next game featuring the character, Brotherhood, even more. But then Brotherhood turned to Revelations, which then turned to III etc. and whatever magic the series once held, as least to me anyway, just vanished.

It’s a sad state of affairs in not just the Assassin’s Creed series, but to a lot of other game series as well, that there’s one of two trains of thought: Something HAS to come annually in order for a company to remain solvent, or a publisher seems to be content to rest on their laurels and keep feeding us the same thing over and over. What’s worse is that we keep buying into this: Call of Duty, Battlefield and Assassin’s Creed are top sellers for many months out of a fiscal year with no signs of slowing down.

And don’t get me started on Nintendo.

Much like my professed love for Assassin’s Creed, I loved Nintendo products growing up. I spent a majority of my youth and teenage years huddled in front of the warm glow of my TV playing NES, SNES and N64, thumbing through the pages of Nintendo Power hoping to get that one juicy new screen shot of Ocarina of Time. Now as an adult who has become more of a casual gamer, I don’t get the excitement for Nintendo games anymore. Before the company was known as someone who was the leader in every genre they touched and we appreciated every time we saw a new Mario, or Zelda, because they came around once every blue moon to remind us how great they were and how games are supposed to be made. Now? There’s so many 2-D Mario games that have come and gone over the past few years that I can’t tell them apart, and each Zelda is a remake of the one that came before it.

Which brings me to the main point of this rant of an article on the state of the video game industry today. This week we finally got an official release date of the concluding chapter to the “Arkham” series, Batman: Arkham Knight: June 2nd, 2015, a far cry from the Fall 2014 release date that was attached to the conclusion of the first teaser trailer earlier in the year.

While this is a negative to a lot of people, including myself who want to get their hands on this game so bad, my negative thoughts are overshadowed by a more positive perspective. For starters, it gives plenty of time for the talented crew at Rocksteady to polish the game to a fine sheen, secondly it allows the excitement to build up in a way we don’t really get with games anymore.

For a new series that started in the last generation of consoles, we’ve only had four official entries in the “Arkham” series: Asylum and City from Rocksteady, Origins from WB Games Montreal and Origins Blackgate from Armature. Compare that to Assassin’s Creed and Call of Duty, not counting iOS, DS and Vita spin-off titles, the former will have 7 releases by calendar year-end while the latter will total 6, going by regular trends those numbers more than likely will rise to 8 and 7 in 2015. Extending the time line back to the start of the last console generation, that increases Assassin’s creed to a potential 9 by 2015, and COD to 10. In the interest of fairness and removing Origins Blackgate as it is a handheld spin-off, that puts the “Arkham” series well under half the numbers of both of those series.

Going back to the Nintendo example, one of their franchises they manage brillantly is Super Smash Bros. as it harkens back to the days of Nintendo of old. I’m not a Smash Bros. fan, in fact I really can’t stand the series personally, but I defintly understand the crazy fever those who do love it get. Since its inception back in the late 90’s, there’s only been one Smash Bros. game released on each Nintendo home console for a total on only three games so far with two more on the way; One each on the Nintendo 3DS and Wii U. People who adore these games have every right to lose their mind over every minor leak that drips down from the Big N, contrast this to the annual flood of two Pokemon games a year that have all the impact of a Malibu Stacy doll with a new hat.

Launching Arkham Knight this year may have been the first symptom of franchise fatigue coming off of the one-two punch of the “Origins” games last year. Knight is billed as the return of Rocksteady to the series they created, and that may have been enough for many who didn’t care for the “Arkham” game we got last year, but I was in the camp who very much appreciated the first Batman title from the up and coming WB Games Montreal and thought it was worthy to stand with its predecessors despite treading on a lot of familiar territory.

What’s also special to note about next year’s Batman game is that as of this writing, it’s being pegged as the conclusion to that series of games, something neither Ubisoft, Activision, or EA is keen to do with a lot of their major franchises. Now I’m sure that given the popularity of Batman WB Games will not abandon the character and will probably either start a new series of games starring the character with either Rocksteady, WB Games Montreal, or perhaps even someone else at the helm. Not being able to see into the future though, it’s quite a statement from WB Games to mark this as a “final” chapter where other series are content to keep going and going, even more so that the franchise is based in super hero fiction that has an open-ended quality about it as well.

The lesson that should be learned by today’s game makers and sellers regarding the delay of Batman: Arkham Knight is that it’s perfectly okay to let your top brands take a year off every once and awhile. In the short run you may got some back last on the message boards of every major video game site imaginable, but think about the long-term hype you can build up by allowing your fan base to miss something for even a tiny bit. They say absence makes the heart grow fonder, and right now mine could not be more fond of the “Arkham” series.

One thought on “ARKHAM KNIGHT: WHY DELAYS ARE A GOOD THING AND THE EXERCISE OF RESTRAINT”