When it arrived in 2005, Batman Begins existed in the era of mid-2000’s super hero movies wherein the hero, or heroes, played all by themselves, examples being Spider-Man, X-Men, and Daredevil among a few others. Begins was a film that showed the world just how amazing a Batman film could be in the right hands, clawing its way out of the shameful shadow of 1997’s Batman & Robin. It was in its sequel however, 2008’s unforgettable The Dark Knight, that the world at large realized that comic book movies could be something more than just a summer popcorn action movie that moved a few action figures and various other types of merchandise. As The Dark Knight was trailblazing comic book movies in one way though, two other films arrived in theatres that year that were pioneering something else new entirely.

The summer movie season kicked off in 2008 with Iron Man, the first movie produced by Marvel that would be part of their grand “Marvel Cinematic Universe” experiment that would allow for films to talk to one another for the first time, as evidenced by a cameo by Iron Man star Robert Downey Jr. in June 2008’s The Incredible Hulk. These were two-fifth’s of the stepping-stones that culminated in the billion dollar grossing The Avengers in 2012 that saw all of the Marvel characters that were introduced thus far in a never before seen at the time mega team-up film.

In the same year as The Avengers, “The Dark Knight” trilogy concluded with the polarizing The Dark Knight Rises, a movie that came loaded with an advertisement for a film that would arrive in 2013, Man of Steel, that would serve as DC’s Iron Man in that it would kick-start their own DC Cinematic Universe. For those expecting Superman to show up in a post-credits scene or to help save the day in Rises were in for a rude awakening to say the least. The Dark Knight Rises would be one of the last remnants of what comic book films had been up until Iron Man paved the way for shared universes and character cross-overs in 2008.

But what does this long-winded history lessons about films have to do with Batman: Arkham Knight? The answer is this: it’s the last existing remnant of the “old” DC Universe.

2009’s Batman: Arkham Asylum launched at a time where there was no rebooted DC Universe, and while it didn’t take inspiration from any one story line, it expressed ideas that had come to be common to DC fans, such as Barbara Gordon being wheelchair bound in her Oracle persona as opposed to suiting up to help as Batman as Batgirl. October 2011 gave us the highly anticipated sequel to Arkham Asylum in Batman: Arkham City which came hot on the heels of “The New 52”, a company wide shake up in the DC Universe that rewrote decades of continuity and character origins. Where once the “Arkham” franchise could be somewhat in place somewhat with what DC was doing with its characters, it now stood as a reminder of what the DC Universe once was. 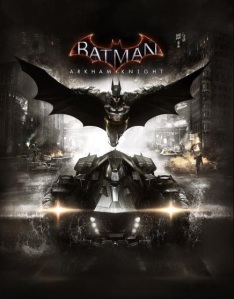 This leaves the anticipated Batman: Arkham Knight in a strange place. The lore of the universe is too deep to be rewritten in the way the DC Universe as a whole was prior to The New 52 in much the same way that it would be impossible for Christian Bale to suddenly suit up with Henry Cavill in a Justice League movie. Even the Lego Batman series, which came a year before Batman: Arkham Asylum, received a New 52 facelift for all its characters in this fall’s Lego Batman 3: Beyond Gotham, though admittedly it is not as dependant on lore as the “Arkham” series.

Batman: Arkham Knight is being billed as the end of the series, but it is by no means the end of Batman in the video game world. Similar to how The Dark Knight Rises closed out Christopher Nolan’s take on the Batman character  for the role to be reimagined by Zack Snyder and Ben Affleck in next year’s Batman V. Superman: Dawn of Justice, Knight will open the door to whomever will be given the unenviable role of rebooting the beloved Batman video game franchise. Even though Batman: Arkham Knight is still almost a half-year away and still shrouded in a lot of mystery, what I’m honestly curious about is what comes next as it seems no part of the DC empire is free of The New 52 influence.

The live-action films were not the only multi-media arena that the touch of The New 52 was felt, but in DC’s long line of animated films as well. Starting with last year’s Justice League: War, all of the direct-to-video animated features, with the exception of Batman: Assault on Arkham, are to be part of a shared universe. War even included a post-credits stinger that set up this month’s Justice League: Throne of Atlantis and the voice of Batman, Jason O’Mara, has been consistent in not only the Justice League films, but also the solo Batman features Son of Batman and the forthcoming Batman Vs. Robin; The latter of which includes elements from the “Court of the Owls” story line that helped kick off Batman’s career post-New 52.

WB Games jumped the game somewhat on a soft reboot of sorts for their Batman games in 2013’s underrated Batman: Arkham Origins that recast the role of Batman and the Joker as well as placing Batman in an earlier part of his crime fighting career. This is very much in-line with how The New 52 started however this chapter is still a part of the overall “Arkham” franchise and felt like a one-off place-holder game to keep the series in the public’s eye while Rocksteady worked on putting the final touches on Batman: Arkham Knight. The talent behind the main roles, Roger Craig Smith as Batman and Troy Baker as the Joker, are nothing to scoff at as the two are some of the busiest voice actors working today. When, not if, WB announces what comes next after “Knight”, it’s almost certain that Smith and Baker will be out as their respective takes on the characters will be seen as part of the “Arkham” series. Unless of course, WB Games will shuffle Baker in the role of Batman, something I’m sure will not surprise anyone if you look at his IMDB profile for last year alone. 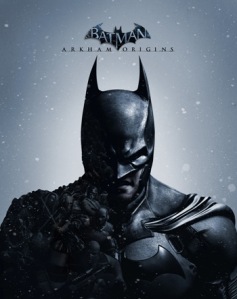 Without being able to play Batman: Arkham Knight until the month of June, there’s no way to tell if it will carry the love-it-or-hate-it stigma that The Dark Knight Rises carried, but it is interesting to see the finality of both works: Rises concluded not only the “Dark Knight Trilogy” but the era of non-shared universe super hero films as well and Knight will mark both the close of the “Arkham” universe and the last real piece of content inspired by the traditional DC Universe. The Batman video game universe will most surely be restarted like the live-action and animated films before it, but what form it will take and how much “New 52” influences it is as mysterious as to how Batman: Akrham Knight will end its special part of the Dark Knight’s legacy.