As last week turned into the weekend the final big piece of entertainment news that started circulating everywhere was that Netflix was in talks with Nintendo to make a live-action The Legend of Zelda tv-series, described as Game of Thrones for the whole family. Between that time and the time that you’ll eventually see this article, I would wager a hefty sum of money that there’s already fan favourite cast lists circulating around, photo-shopped images of actors as Link and Zelda and many a message board thread discussions about where people would love to see the show go. Not to rain on anyone’s parade, but I think that adapting Zelda for any live-action media is a terrible idea, but not for the reasons you might think.

While I’m not the biggest Nintendo champion nowadays, of which I’m sure you’ll know if you’ve read any of my previous articles, the company, and a lot of its franchises will always have a place in my heart, just not always at the top. The NES was not only my first ever console but my first ever experience with the video game medium. The next game my brother and I owned outside of the Super Mario Bros./Duck Hunt pack in was a gold tinted cartridge called The Legend of Zelda and that game had a profound affect on my life. I played it for hours, talking about it with friends, trying to get hints to get through the Lost Woods or to find the next dungeon, and had my late Uncle Earl make me my own wooden sword and shield. I met my longest knwon friend when I found out two years after the fact that he was the one who kept me from playing the only rentable copy of Ocarina of Time by not returning if at the alloted 6PM return time at Family Video the initial week it came out. As for the games I’ve played, I’ve completed all of the console releases save Skyward Sword, the Phillips CD-I games and the spin-off Hyrule Warriors and I don’t have a lot of experience with the handheld games, with the exception of Minish Cap and Phantom Hourglass.

The point of that lengthy pargraph was to show that I’m not just some malcontent who is dismissing a Zelda tv-series just because, I do have a history with the series. So to move right along to why we’re here, I think the The Legend of Zelda, like most Nintendo properties, are unsuitable for live-action because the reasons why we play them are not for story, but for our own personal experiences. There are a lot of game series that we play for story as well as the experience: Any Telltale game, Batman: Arkham, Uncharted, Assassin’s Creed, but things like Mario or Zelda don’t get us excited because we want to find out where the story is going to go next, far from it, we get excited because we want to play these games. We want to see what new mechanics they’ll have, what new tools we’ll get to play with, and the sense of discovery that you can’t get from any other entertainment medium today.

The main character of the Zelda series, Link, is a popular character who at the same time doesn’t have any character for the same reason he has never been given a voice: we give Link his voice. Link over the decades has felled countless monsters, saved princess Zelda, climbed mountains, explored the bottom of lakes, solved devious puzzles and of course stopped the plans of the evil Ganon more than once. These are all examples of what Link does though, and not who he is. Who the character is really is left to our own interpretation. What I attribute the longevity of the series to, outside of the magnificent play controls and dungeon design, is that we’re all able to imprint ourselves onto the main character: Regardless of race, gender, sexual orientation, we are all Link. A long known fact about the Zelda series is that it was inspired by legendary designer Shigeru Miyamoto who wanted to translate his love of exploring the country side and caves into a video game. In each chapter of the now decades old series we all get that sense of adventure and discovery in the comfort of our own homes, by putting ourselves into the shoes of a green tunic wearing, elf-eared adventurer.

So how does one take something that is normally an experience and superimpose that into a passively consumed format like a tv-series? Who are a series of writers to tell ME who MY Link should act? The answer is I don’t know, and I don’t envy the creative team of such a series should this ever become a reality. Would Link even be the main character, or would his adventures occur off-screen while we as a viewer hear about his exploits through secondary characters?

It would be unfair to just pick on one series when I feel that this is also true for other Nintendo series as well. Mario is as well-known as Mickey Mouse or Spider-Man, and as much as people tend to get sick at the thought of the horrible 90’s Super Mario Bros. movie, I stand firm in saying that if Mario had to be live-action, could you honestly think of a better way it could’ve been done? Though never as epic in scope as The Legend of Zelda, Mario in all his incarnations is enjoyed by being played, not while being watched. Though I stand to be corrected, the only Nintendo series I can think of that has both a serialized continuity and a main protagonists with a defined personality is Star Fox. Metroid as well to a certain extent, but Samus has always been better when defined by her actions, lest we forget… 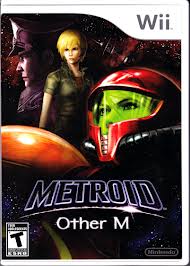 This is not limited to just Nintendo either, as video games as anything but have always struggled to find success. The most popular IP’s are either those like Nintendo’s stable of franchises, or take inspiration from well-known properties; Do we really need an Uncharted film when we have four Indiana Jones movies? Even Resident Evil, a film series that has found success with a soon to be six chapter set of movies was hitting beats from classic horror/zombie films like Night of the Living Dead. 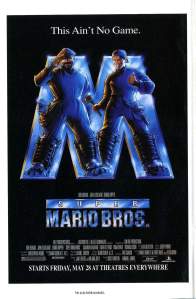 Why video games are seen as the next frontier for multimedia success is due in no large part to the money generated by shows and movies based on comic properties: The Marvel Cinematic Universe, DC’s shows and soon to be shared film universe, and The Walking Dead, but the two are not that alike. Comics have existed for decades longer than video games, giving creators much more material in which to draw inspiration from and comic books heroes have clearly defined personalities. Like video games we fantasize about being Spider-Man or Batman, but taking those two as examples, we know who they are. Peter Parker, AKA The Amazing Spider-Man, fights crime because of a failure to stop a crime with his great character cost him the life of his Uncle Ben; Bruce Wayne honed his mind and body to clean up Gotham City after a traumatizing incident caused him to view his parents die in front of his young eyes. Whoever is taking over the reins of these characters knows at the very least that these certain story beats have to be hit. Can the same be said of Link or Mario?

If anyone can turn The Legend of Zelda into a must watch series, it’s Netflix, just look at their track record with House of Cards, Orange is the New Black, and the upcoming Marvel slate of shows starting with Daredevil in April from Spartacus show runner Steven S. DeKniight. Just because something can be done though, doesn’t always mean it should done. Nintendo, and more specifically The Legend of Zelda, have quite possibly the most loyal fans in the world who would make any attempt at a live-action translation a success. Whether or not that’s because of the property or quality story-telling will forever be remain to be seen.