Do you remember Battle Chasers?

If you don’t, I won’t hold anything against you, and to be honest, the only thing I really remember is the busty red-headed female character and that the comic had an incredibly sporadic release schedule. Series creator Joe Madureira is returning to this franchise along with Vigil Games (Darksiders) co-founder Ryan Stefanelli as part of their new company Airship Syndicate. Their goal is to not revive the Battle Chasers IP in the comics world, but to build a video game based in the universe as well. Though details are very early, right now there’s only conceptual art for the game, the studio is claiming the developing game will be an RPG that features adventuring elements like Darksiders, though the two projects will control different mechanically speaking. Players can expect to inhabit the roles of Garrison, Gully and Calibretto from the series. From Stefanelli:

“Even though the game mechanically is going to be very different from Darksiders, I think we’re still really going to be doing everything we can to make sure that the dungeon exploration side of the game is soaked with lots of fun adventurous elements,”

Airship is hoping to bring Battle Chasers to consoles, PC and a tablet version may be considered as well. As to when we can expect to hear more about the game, I wouldn’t start holding your breath yet as they have yet to secure funding for it. From Stefanelli:

“We’re going to sort of let fate decide for us exactly how we should best pay for the game,” when asked in interview what funding they’re hoping to obtain, whether from crowd-funding or investing. 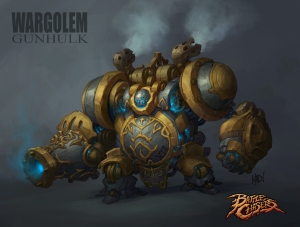 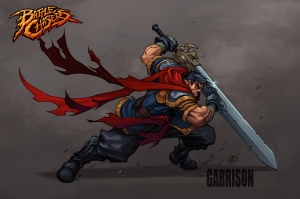