Chris Baker, author of WRONG! Retro Games You Messed Up Our Comic Book Heroes!, and future YouTube sensation was at Too Many Games, an event held in Philadelphia last weekend, and captured eleven of the most expensive comic book games he could find at the show. Watch the video below before reading further, I promise you’ll dig it:

Of the eleven games that Baker mentioned, I personally own eight of them, though most are just loose carts (I don’t have the space nor money for complete in box games) and I thought it it would be fun to contrast what I paid for my copies compared to what they were going for at the convention. I don’t know exactly what I paid for these games but I do have a ballpark for most, so a lot will be figures that I remember off the top of my head because I’ve either lost the receipts for ones I bought at a physical store or the digital copy is buried in my personal e-mail under a sea of Amazon and eBay receipts.

Return of the Joker was a game I desperately wanted to play growing up, but because it came out at such a late time in the NES’ life cycle, most of the stores I rented games from didn’t get this because they had moved on to carrying mostly SNES games. I bought Return of the Joker finally in 2014 on eBay when I was looking for Batman games to talk about after Batman: Arkham Knight got delayed into 2015. It was a game that was well worth not only the price I paid for it, but how long it took for me to get around to playing it. Read my review of Batman: Return of the Joker (NES) HERE. 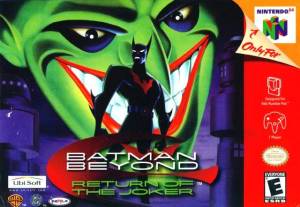 I really can’t remember how much I paid for this game or even when I got it but I know I couldn’t have been that much. I more than likely bought it at Games Exchange, one of our oldest independently owned video game store here in St. John’s, NL. I actually own all three different versions of this game: I have a loose cart of both the N64 and Game Boy Color SKU’s as well as the PSOne game complete with case and manual. 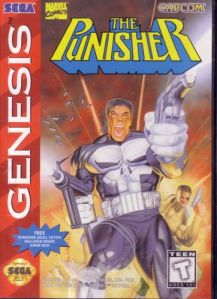 MY COPY: Free (not a typo) CIB

I actually posted a small anecdote of how I got my copy of The Punisher on the official Comic Gamers Assemble Facebook page but I’ll reiterate the story here as well. I had a friend who was working at a game store and took in a bunch of games from someone in a lot which had The Punisher. He essentially got it for free, or not very much, and gave it to me because it was when I was started to collect games to cover for this site. It blows my mind to see how much that game is going for nowadays considering how lucky I was to get a copy. Read my review of The Punisher (Sega Genesis) HERE. 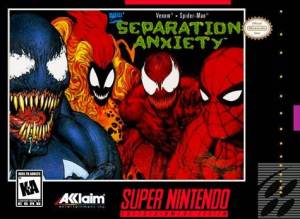 In 2013 I visited a friend and his at the time girlfriend in the city of Kitchener in the province of Ontario, Canada and while there, we of course had to hit up all the video game stores in the city. I had only ever played Separation Anxiety once back in 1995 during a rental as it was a hard game to find where I lived, so it was nice to get to revisit it even though I knew back then as I know now that it’s nowhere near as good a game as Maximum Carnage. I didn’t pay that much for it, which I’m grateful for, and on the same trip I recall I picked up among other things Spawn: In the Demon’s Hand for Dreamcast, Marvel Ultimate Alliance on the Game Boy Advance, and The Walking Dead: Survival Instinct on the PS3 which was surprisingly hard to find and it was even rather close to when it had just came out. Read my review of Venom/Spider-Man: Separation Anxiety (SNES) HERE. 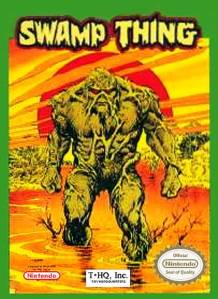 I paid more than what I care to admit for this very, very terrible game but I had it in my mind that I wanted to review it for Halloween in 2014 and I had just came into some money after selling off some of my own personal game collection locally. I had come off of a summer where I had finished Spider-Man/X-Men in Arcade’s Revenge for the first time and I was riding a high of finishing a very tough, not so great game and I was hoping to do the same with Swamp Thing. I gave up after a level or two because Swamp Thing is brutally difficult, and not in a good way. Read my review of Swamp Thing (NES) HERE. 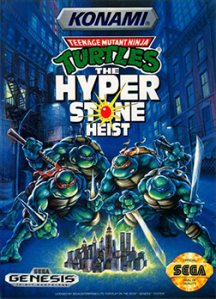 Every year we have a convention known as Sci-Fi on the Rock here in Newfoundland around April or May, and one year, I believe in 2015, I saw a loose copy of this game at a local pawn shop for around $50 CAD, but because I only had enough money to either to to the convention or buy Hyperstone Heist, I left it there. I didn’t end up actually buying anything at the con that year, and decided to go back to see if I could buy this game but it was gone and my decision to not buy it at that time has haunted me. Last year I was given money from my parents for my birthday and because I was in a huge Turtles mode with the new movie coming out, I finally brokw down and got my own copy of Hyperstone Heist from eBay. While not as good as Turltes in Time, it’s still a very fun game and I’m glad to have it and share it with friends who didn’t even know it existed. The only TMNT game I need now is Tournament Fighters on the NES and as Chris pointed out in his video, it’s not cheap nor very good.

On Sundays at a local mall where I live when the stores closed down early for the day, there used to house a flea market where people would set up tables and sell all sorts of things. Sadly the mall ceased doing that a few years ago, and I’ve been sad to see it go ever since. Going to the flea market and looking for retro games, movies and other collectibles used to be my favorite part of the week and nothing has sprung up to replace it really. I can’t remember exactly when I got my own copy of Turtles in Time, but I know it wasn’t long after I graduated university and started working because the only thing I wanted to do after being free from school and even making a small amount of money was to buy all the games I could only ever rent as a kid. I managed to get Turtles in Time before the price really went up and I’m glad I did; I’m part of a local game trade group on Facebook where I see people asking $80-$100 for this game loose.

1) THE ADVENTURES OF BATMAN AND ROBIN (SNES)

MY COPY: $40 CAD loose with a free copy of Batman: Dark Tomorrow for Xbox Original thrown in

I couldn’t agree more with Chris in that I strongly feel that The Adventures of Batman and Robin for the SNES is the best Batman game that doesn’t have Arkham in the title. I rented this game out so much when it was new and always wished I had my own copy. Back in 2013, someone I had met a few years before that was starting to sell off their video game collection, and did so in a way I wish more people did. Of course the person didn’t want to give away his games, but he also didn’t want to charge the insanely high prices you see online and very much wished for the games he was getting rid of to find good homes. The person I bought it from (I don’t want to use names just in case, but the person in question is a solid dude) negotiated a fair price and also, as above, threw in a copy of Batman: Dark Tomorrow which I didn’t own. Read my review of The Adventures of Batman and Robin (SNES) HERE.