When gamers think of the name Neversoft, memories will probably flood in of hitting that high combo while listening to “Guerilla Radio” by Rage Against the Machine in Tony Hawk’s Pro Skater, or shredding on a plastic instrument with friends in a Guitar Hero session. To me, the name will always be synonymous with the first ever 3-D Spider-Man game released on the PlayStation released at the turn of the millennium in the fall of 2000. 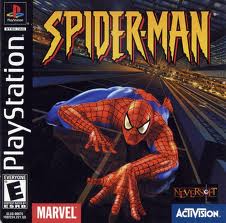 As the decline in interest in the plastic instrument gaming category declined, and the Tony Hawk franchise all but dead and since moved on to Robomodo and their skateboard peripheral controller, Neversoft would join the many collective studios working on Activision’s annual “Call of Duty” Franchise with the likes of Treyarch (also a former Spider-Man game developer), Sledgehammer and series progenitor Infinity Ward. Most recently they assisted Infinity Ward with last year’s Call of Duty: Ghosts.

Over the weekend it was made official that what was left of the studio would be folded into Infinity Ward to bolster their efforts in creating “Call of Duty” games.

“As you know, Neversoft and Infinity Ward teamed up for the development of Call of Duty: Ghosts,…Through that process, it became clear that the two studios have very complementary skill sets. Between these two excellent studios, it seemed like a single ‘super-studio’ could emerge.” This was the statement issued from Activision CEO Eric Hirshberg regarding the merger.