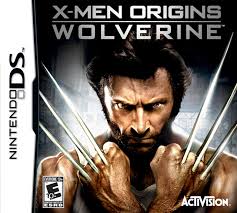 Prior to their acquisition by Glu Mobile, developer Griptonite Games seemed to be the go to company for hand held iterations of super hero games. The company worked on games starring Iron Man, Captain America, Spider-Man, Green Lantern and two different versions of X-Men Origins: Wolverine. While some of their products have been very good, namely Spider-Man: Shattered Dimensions on the Nintendo DS, X-Men Origins: Wolverine is best filed in the forgettable section of their gameography. 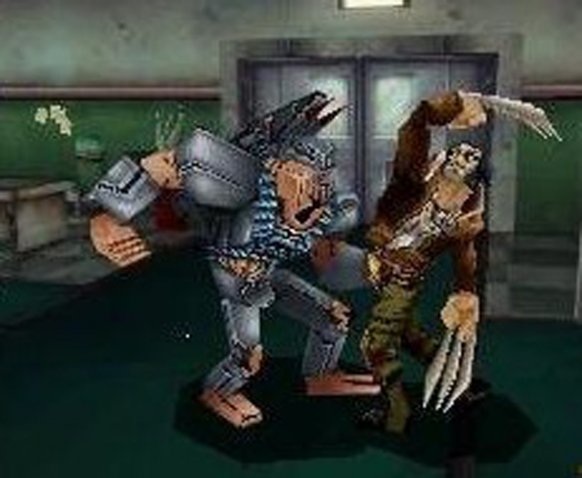 What stands out immediately in Origins on the NDS is the graphical style. The characters are very odd looking deformed cartoon charactertures which are a stark contrast to the story of murderous revenge from the films source material. One of the neat options in the menu is that you can turn on comic or film versions of the villains, so if you want to forget you’re playing an X-Men Origins game you can make the likes of Sabretooth, Gambit and even Deadpool mimic their comic counterparts. Unfortunately for the case of Wolverine you’re stuck in film mode unless you can unlock the costumes in game by gathering collectibles.

From a gameplay standpoint Origins DS is your typical 2D side scrolling action game with all of the trappings of the genre. You have both strong and heavy attacks as well as the ability to block, counter and dodge. Throughout the game you can find new combos in the environment which upon discovery you have to tap an “X” as it appears on the bottom touch screen to gain the ability. The mechanics are very solid and are indeed the highlight of the game with both fighting and jumping feeling tight and responsive. With a decent amount of practice you’ll be able to dodge and counter enemy attacks with relative ease. When you build up an on screen rage meter you can trigger an attack where Logan becomes jumps off screen and you swipe the screen for a screen clearing attack and it’s a very odd and forced use of the touch screen where Wolverine comes off as a God raining pain from the heavens. 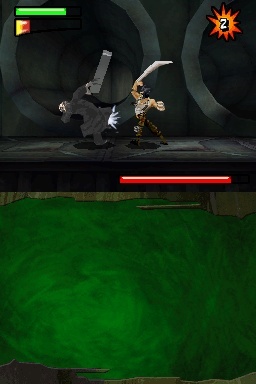 Where Origins DS succeeds mechanically, it fails in level design and difficulty balance. The game does encourage you to stray from the beaten bath to search for collectibles and combo upgrades, but the stages themselves are plain warehouse and lab areas that are not that interesting to play through. Within the levels you’ll be thrown into forced combat scenarios where you have no choice but to clear out all foes before you proceed. Often you’ll be overwhelmed with the sheer amount of enemies on screen and the clutter makes it extremely difficult to do any type of crown control. The enemies only get harder to take down as the game progresses, with prototype Sentinels that have attacks that are difficult to dodge and take a large portion of your health. You’ll attack and pray for your rage meter to fill up to take them out off screen.

X-Men Origins on DS is a very hard game to recommend. It does have fairly tight fighting mechanics, but the experience is lessened by an unappealing graphical style, bland levels and unfair difficulty. Depending on the model DS you own, you’d be better off sticking to X2: Wolverine’s Revenge.