It’s Christmas time and that means that 2015 is coming to a rapid close. With New Years just around the corner, it’s time to take a look back at the year that was 2015, and while admittedly there’s not much to talk about in the space of comic book video games, there’s still some awards that I’d like to hand out, as well as wrists I’d like to slap. Last year I broke this feature into multiple parts, however this year I’m going to hand out all of my planned awards in one go.

I’d also like to take the time to thank everyone who stopped by and visited Comic Gamers Assemble this year. This site is by no means huge and I don’t have any money for marketing, yet the number of views this year over 2014 has more than doubled, and for that I have to say thank you. Every piece of content here is written by myself so it warms my heart to Google certain topics and have this page show up in the first page results. It may not seem like much to some, but to me it’s astounding. Though I’ve only dipped my toe into the world of Twitch streaming, it’s become another way in which I can share my love of comic book video games to the world and hopefully I’ll be able to do a lot more of that in the coming year.

Now without further adieu, here’s my short but sweet Game of the Year awards. 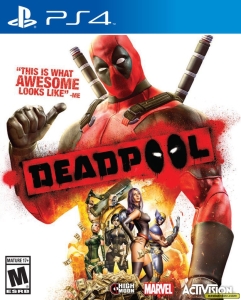 I’m not opposed to the alarming number of HD rereleases that we’ve seen in this console generation, as in certain cases it lets people experience a game that they have missed last generation. Whether it was because a game was on a system they didn’t ever own, like Xbox loyalists who now find themselves with PS4’s, or because a game slipped through the cracks by coming out at an inopprtune time, sometimes we just miss games even though they’re beloved and have high Metacritic scores.

Then there’s just companies who are greedy, like Activision.

Deadpool was quietly released in the summer of 2013 with little fanfare or post launch support. Despite being a really fun game that’s frankly pretty funny, I don’t think it did as well as it could’ve. This year Activision decided to remaster the game for the PS4/Xbox One but not to give the game the second shot it deserves, but because they want to turn a quick profit on the Deadpool hype being generated by the film coming out in theatres in early 2016. At the right price point you could look at this game less cynically, however at the asking price of just ten dollars less than a brand new release like Fallout 4, someone really needs to read the definition of the word “budget” to Activision.

THE “IT WAS A BAD YEAR FOR” AWARD

Despite getting one of the biggest and best comic book games this summer with the release of Batman: Arkham Knight, there was a little in the way of other comic book themed games release with the exception of Marvel’s slate of mobile games. In the console space outside of Arkham Knight there was only really Activision’s rerelease of Deadpool, and select DC characters playing a role in the new game in the toys to life category Lego Dimensions. This downturn in comic book game releases is not a sign that they’re on the way out though, as evidenced by what’s coming in 2016…

THE “I CAN’T WAIT FOR” AWARD

While Batman: Arkham Knight was great, it didn’t quite make up for a drought of comic book themed games for the rest of the year. With what’s already been announced along with all the news and rumours are any indication, 2016 is going to be a BIG year for people who like games based on comic books. January will see the launch of the second Lego themed Marvel game, Lego Marvel’s The Avengers, followed one month in February by a Telltale mini-series set in the universe of The Walking Dead about the Michonne character. In March the first Marvel play set arrives for Disney Infinity 3.0 titled Marvel Battlegrounds that will come with an all new Captain America figure. 2016 is also expected to be the year that Marvel will reveal plans about getting back into the console space,

Speaking of Telltale, they revealed earlier in 2015 that they’ll be working with Marvel on a yet unnamed project that we’ll more than likely hear about next year, and who could forget the bombshell they dropped in the Game Awards this month that they’ll be working with DC to create a series starring Batman. WB Games Montreal studios also has not one, but two DC projects in the works that we’ll hopefully be hearing about in the coming months.  Activision is also reportedly working with famed Japanese developer Platinum Studios on a new Teenage Mutant Ninja Turtles game that I would expect to hear more about as we get closer to the release of the sequel to the 2014 film, Out of the Shadows. Let’s also not forget the Kickstarter funded project Battle Chasers: Nightwar that has a promised delivery date in 2016.

Whether we’re playing comic book games or simply hearing about ones that are around the corner, 2016 is already looking to be a busy year for this site and it hasn’t even arrived yet!

THE “I’M GOING TO NEED A THIRD JOB” AWARD 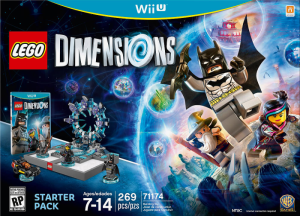 Last year I joked you would need to get a second job to afford all of the Marvel figures for Disney Infinity, and now not only do we have Marvel figures to pay for in Disney Infinity, but DC characters to shell out for in Lego Dimensions as well. Though this year’s chapter of Infinity is heavily Star Wars themed, there’s still both the Ultron and Hulkbuster figures that you can buy, and in order to play Marvel Battlegrounds next year you have to buy into some version of the game, whether that’s the starter pack or the digital game if you’re already in position of a base. There’s also a new Captain America figure coming next year, and I’m sure a few more surprises that we don’t know about (hopefully one that’s revealed in plain sight in the hall of heroes…).

Lego Dimensions comes with a Batman figure in the starter pack and right now you can buy Cyborg as well as Wonder Woman to play with in the game. Throughout 2016 there will be even more DC characters to purchase with the release of Joker, Harley Quinn, Superman, Aquaman, and Bane. Anyone know who’s hiring? I’m already a Lego Dimensions starter pack behind.

Revealed and launched seemingly out of nowhere in the month of October, Marvel Puzzle Quest: Dark Reign on consoles was one of this year’s biggest surprises for me in two ones. First, I didn’t expect to see this game arrive on a console and second, I didn’t expect I would spend so many hours of my life playing it. One piece Marvel, one piece addictive puzzle game and sprinkled with RPG and team-building mechanics, Marvel Puzzle Quest is an incredibly addicting game and an absolute steal at a mere $15.

DEVELOPER OF THE YEAR

I throughly enjoyed 2013’s Batman: Arkham Origins, but I won’t lie and say to you that I wasn’t secretly longing for Rocksteady’s return to the franchise they created back in 2009. No one quite gets Batman like Rocksteady does and I don’t envy the people who have to follow in their enormous foot steps, whether that’s WB Games Montreal or another developer entirely. Batman is easily DC’s biggest property and I don’t expect him to stay out of the video game spotlight for too long, but who knows if whoever is responsible will be able to make a mark on the character quite like Rocksteady games did. I’m sad to see them seemingly move away from the Batman license, but I also can’t wait to see what’s next for this studio.

GAME OF THE YEAR

After numerous delays, Batman: Arkham Knight was well worth the wait. Built on an already excellent foundation initiated in Batman: Arkham Asylum and then further refined in Batman: Arkham City, Batman: Arkham Knight is a fitting conclusions to Rocksteady’s Arkham franchise. On top of being a gorgeous show piece of the current generation of hardware, Arkham Knight is packed full of hours of stellar gameplay that will keep you engaged for hours on end. Whether you’re completing story missions or chasing down leads on Gotham’s most wanted, you’ll never run of things to do and it never once becomes a chore. Though not a perfect game with a weak story at times, especially in the reveal of the identity of the titular villain, and while it didn’t bother me so much, the Batmobile is a polarizing elements that many feel was a bit overdone. Those few gripes aside though, there’s no reason why this shouldn’t be in your collection if you’re a Batman fan. If there’s one game that pushes you over the fence into needing to upgrade to a new console, it’s certainly this one.

Wait, you might say. Why hold off the disappointment award until after the game of the year reveal, any why call the game you gave said reward to a disappointment? Well, I’ll explain.

I love Batman: Arkham Knight, as you could probably tell from me not only awarding it game of the year but in the review I wrote for it as well. That all being said, there were a lot of things about it that unfortunately cannot be overlooked and I fear will cause many to look back on an otherwise fantastic game not so fondly. The first is the pricey season pass that cost as nearly as much as the whole game that didn’t at all deliver on its hefty price tag. I’ve played and reviewed every piece of single-player DLC for Arkham Knight, that I bought a la carte after the fact mind you, and I can say with absolute certainty that if I had actually bought the season pass, I would’ve felt pretty ripped off.

The other elephant in the room that must be addressed is the poor handling of the game’s PC port. WB Games farmed this task out to Iron Galaxy Studios and whether it was a lack of resources, time, or support, the initial game was so broken it was immediately removed from both digital and retail stores with many refunds being issued to the angry PC faithful. Months later the game has returned to buy on the PC platform in a much better state, however still nowhere near as stable as the console version.

As time goes on, it will be interesting to see if people will remember Batman: Arkham Knight for being the excellent piece of software that it is, or will the shadow of the pricey, lackluster DLC and poor handling of the PC port loom too large. In 2014 I awarded the best publisher award to WB Games because of their excellent handling of licensed games, but 2015 has made me rethink on that decision greatly.