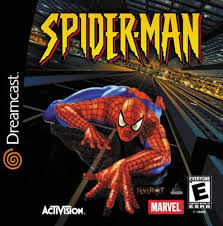 It’s amazing for a game that’s so short and severely mechanically outdated that I can nearly almost find something to write about it. That speaks volumes about how good Neversoft’s Spider-Man, or Spider-Man (2000) as I often refer to it, truly is. In continuing my look at the best Marvel console game ever, I didn’t think I would have to pick up the controller to replay Spider-Man like I have done for a lot of games for a refresher because I’ve played through its barely handful of hours campaign to death at this point. But, pick up the controller I did, because I never need an excuse to play Dreamcast ever really and boy, I just absolutely love this game. 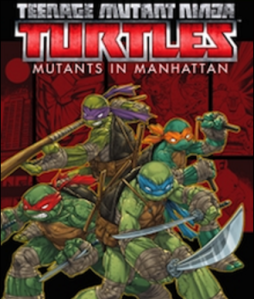 What brought up such strong emotions for Spider-Man for me is coming off of playing the recently released Teenage Mutant Ninja Turtles: Mutants in Manhattan, a game that really has a lot in common with Spider-Man (2000): Both are published by Activision; Each are crafted by a developer who really are on top of their game (Neversoft for Spider-Man; Platinum in the case of TMNT); The two games are also only a few hours long but encourage replaying their respective campaigns repeatedly and they finally also happen to be based on franchises that are incredibly close to my heart. What I found though, is that despite being at this point close to sixteen years, Spider-Man (2000) does what it sets out to do so much better than Mutants in Manhattan, and this is coming from someone who actually liked that game; A vibe I’m not getting from games media at large.

From a combat and presentation perspective, TMNT has Spider-Man beat hands down as even when it was new, fighting bad guys in Spider-Man was never the most engaging, especially if you play on hard which is what I did for my most recent play through where staying around and fighting unless it’s absolutely necessary will get you killed. The cut-scenes also, even with the extra power of the Dreamcast, are still to put it somewhat politely, butt-ugly, though they are saved by really good voice acting from the likes of Rino Romano in the title role, Jennifer Hale and the late great Efrem Zimblast Jr.

What is the big split between the two that makes Spider-Man (2000) an unforgettable classic and will probably unfortunately make Mutants In Manhattan a game you’ll be able to pick up pretty cheap pretty fast is how much better Spider-Man’s level design is and how brilliantly Neversoft used the character’s rogues gallery. TMNT is an action game above all else and when you’re slicing through Foot Soldiers and throwing ninja stars at Krang, it’s pretty satisfying. However it’s between encounters that the game falls apart. Other than the first level where you’re zipping around on lines, scaling walls and gliding around looking for collectibles, you’re slogging around small, boring and above all else cut-and-paste designed levels that have you itching for the next fight instead of being a refreshing change of pace. In Spider-Man (2000) on the other hand, exploring levels is pure joy.

Spider-Man with his ability to stick to walls and web-sling is a great character to play around with in a video game and Neversoft pretty early on must’ve realized it. Each stage has a new use for your abilities like sneaking around to take out soldiers holding hostages, swinging and wall-crawling away from the police in a thrilling chase sequence, crawling through a sewer maze and strategically disabling and swinging between lasers in Doc Ock’s lab. That’s just a few things that you have to do in order to progress, but on top of that you have hidden collectibles scattered throughout all the difficulties just waiting to be uncovered that give rewards in the form of new costumes and comic covers. The levels themselves are also peppered with Easter Egg’s like the Baxter Building in the distance and billboards featuring characters like Wolverine, Captain America and The Lizard.

One of the highlights of most Platinum developed games are the boss fights, even going back as far to the pre-Platinum days on games like the original Devil May Cry. Teenage Mutant Ninja Turtles: Mutants in Manhattan has them in spades with characters like Bebop, Rocksteady, Slash, Wingnut as well as Krang and Shredder that look like they’re ripped straight from a comic. The issue with all the bosses in Mutants in Manhattan is that they’re all damage sponges that are kind of just….there. The rogues that appear in Spider-Man (2000) by contrast, are all memorable boss fights that are represented fantastically in-game.

The first boss fight with Scorpion for example in level two is divorced from the plot about symbiosis, but at the same time summarizes the characters motivation and origin. Mac Gargan became the Scorpion when he allowed himself to be subjected to an experiment that both caused him to be stuck in his suit and drove him insane, blaming Spider-Man and J. Jonah Jameson for his condition. The entire second level of Spider-Man (2000) is a race to the Daily Bugle to stop Scorpion from ending the life of JJJ, culminating in a brawl with the villain that ends if he manages to end JJJ.

This is the start of a string of excellent boss encounters that each use gameplay to convoy their quirks and weaknesses. The final showdown with Venom is also a protection mission as you’re charged with not only defeating him, but stopping him from drowning Mary Jane. Venom as a villain has never been one for master plans or world domination schemes, but instead exists to torment Spider-Man which is exactly what he does here. Mysterio, the master of illusion and a personal favourite bad buy of mine, uses trickery to fool Spider-Man which is something he does to both kick-start the plot into motion when he disguises himself as Spider-Man to frame him for a crime he didn’t commit and manages to turn himself giant when you eventually come face-to-fish bowl with him. 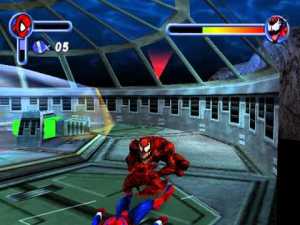 The fight with Doc Ock, the mastermind behind the plot is pretty uneventful, but it is in the fight exactly after that where we get to see the real Master Planner in action. Immediately after beating Doc Ock, you have to face the second symbiote and the first spawn of Venom, Carnage. To do so you have to push him into a sonic bubble because a symbiotes only known weaknesses are sonics and fire. In context it’s pretty brain-dead on Carnage’s part to hang around a sonic bubble, though he is criminally insane so I guess I’ll give it a pass, but the reason for the bubble being there in the first place is lot more believable. Doc Ock, also one to plan for contingencies which led him to become the Superior Spider-Man, built the device just in case Carnage became too much to control. Had Neversoft just put the bubble there and called it a day, it would be pretty eye rolling, but for them to go the extra mile and give a reason for it being built in the first place is why this game is so special and still one of the best Spider-Man games ever.

It’s never good to put something down to elevate something else, but the similarities between Teenage Mutant Ninja Turtles: Mutant in Manhattan and Neversoft’s Spider-Man are eerily similar and it’s interesting to see where one succeeds and the other sadly fails. Spider-Man (2000) for all its faults is still a game that does so well by its character and the world in which he inhabits that it’s a shame Neversoft didn’t make any more Spider-Man games on more powerful hardware. Whether it was a desire to make this a one and done by the team or a business decision by Activision to just pump out movie games may never be known, but at the very least we still have this one short but sweet Spider-Man adventure that is one of the best Marvel console games ever.

One thought on “THE BEST MARVEL CONSOLE GAME EVER PART 6: SPIDER-MAN (2000) (DREAMCAST)”